12 Amazing Madagascar Facts we are sure you din’t know. 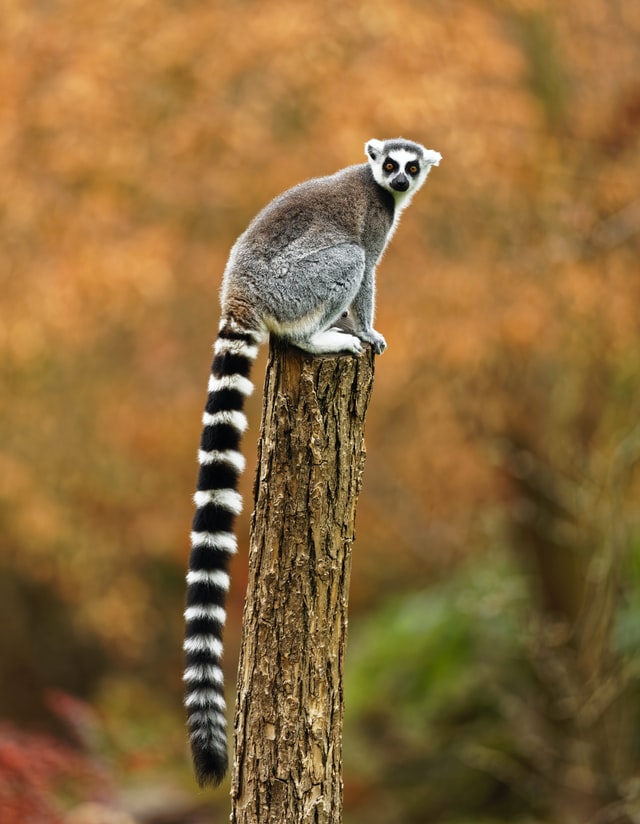 While the world is truly a marvelous place wherever you may choose to go, Madagascar is surely one of its many highlights. With a diverse array of wildlife (just wait until you see how diverse) and a multitude of ways to enjoy the great outdoors, you will never be short of things to see and do. Getting around is an adventure in itself; as is getting there! Check out this amazing Madagascar facts and be prepared to wow your family and friends over the next dinner table conversation.

Amazing Madagascar Fact No 12 - It is the World's fourth largest Island.

Madagascar is big. It’s 226,917 square miles to be precise, making it the fourth largest island on the planet (and bigger than Spain, Thailand, Sweden and UK).

The island’s secluded coves, and the absence for centuries of European powers, meant Madagascar was once a safe haven for hundreds of pirates. One, Captain James Misson, supposedly founded an anarchist colony (Libertatia) there in the late 17th century, while Ile Sainte-Marie, four miles off Madagascar’s east coast, was simply referred to as “the island of pirates” on maps from the time.

Often referred to as the eighth continent. According to Conservation International, Madagascar is considered as megadiverse”. Thanks largely to being undisturbed by humans for so very long, is one. Among its resident animals are more than half the world’s chameleons and dozens of species of lemur that are not found anywhere else on the planet. Unlike the film Madagascar, however, you won’t see any tigers, giraffes or hippo.

09. Once upon a time it was ruled by a Mad Queen

Queen Ranavalona III, was the last sovereign of the Kingdom of Madagascar. She ruled until 1897 before being overthrown by the French colonial forces. She focused her energies on brutally eradicating Christians, neighbouring kingdoms and political rivals. So widespread were the purges, and the use of slave labour to construct a vast palace and public works, that the island’s population fell from five million to 2.5 million between 1833 and 1839. One way Ranavalona maintained order was the tangena ordeal, by which the accused was poisoned, and then forced to eat three pieces of chicken skin. Death, or the failure to regurgitate all three pieces, indicated guilt. Others opponents were simply

08. Madagascar is ripe with Taboos called as “Fady”

Fady is a key feature of the Malagasy lifestyle, essentially meaning ‘taboo’ or ‘forbidden’. A fady is a belief passed down through generations that influences local behaviour in relation to food, people and places. It may be consistent across the country or vary from region to region. For example, a location that is used as sacrifice and only open to certain persons is a fady, but wearing red to a funeral can also be fady, while it is rather common to wear red to a sacrifice ceremony when asking ancestors to make a wish come true. It’s complicated , but you would do well to understand them so as to not offend the locals.

07. Malagasy Worship their ancestors in a Unique way

Famidihana, or ‘the turning of the bones’, is a sacred ritual, which occurs every five to seven years, a number of deceased relatives are removed from an ancestral crypt. Living family members carefully peel the burial garments off the corpses and wrap them in fresh silk shrouds.The festivities then begin and guests drink, converse, and dance with their forebears. Just before the sun sets, the bodies are carefully returned to the tomb and turned upside down. The crypt is then closed for the next five to seven years.

Moraingy is a form of bare-fisted combat sport, and many of the people on the island take part. To outsiders, it can seem brutal, but it’s a part of local culture which should be understood. The people here are actually very harmonious, and see this as a regimented way of approaching direct combat. It is an organised spectator sport where people can pay to sit in outdoor rings surrounded by grass huts and palm trees. Just as you might expect at cricket matches in India, people are in great spirits while watching, often singing and cheering along.

05. Over half of the World’s Chameleons are found in Madagascar

It’s not just lemurs that are unique to Madagascar. Of the world’s ~ 150 species of chameleons, more than half of them can be found in Madagascar. And an impressive 59 are endemic to Madagascar. Many are endangered and one factor is the pet trade. So please do not buy a chameleon as a pet. See them in the wild where they belong.

04. Madagascar is a major exporter for Vanilla

Over 80 % of the World’s Vanilla comes from Madagascar, fortunately, it travels well and makes a nice souvenir or present for your loved ones. Your purchase also supports the local economy.

Many of Madagascar’s plants are used for medicinal purposes. Drugs for Leukemia, Hodgkin’s disease, and other types of cancers are made from the Madagascar periwinkle flower.

02. Madagascar has the youngest population on the planet

With over 60 % of its residents under the age of 25 as of 2019 , this is a country with a young population and high hopes for their future.

01. It has the geographical and climatic diversity of a small continent

With rainforests, dry forests, deserts, rivers, mountains and more. Depending on the time of year and location on the island, the weather can vary from heavy rain and cyclones, stifling humidity, dry heat, pleasant days and cool nights.

Did you find this interesting? Read more about the amazing birds and animals of Madagascar here.

This site uses Akismet to reduce spam. Learn how your comment data is processed.

This may be a good place to introduce yourself and your site or include some credits.